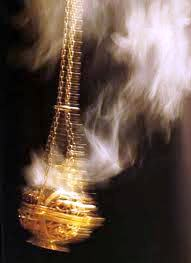 In addition to the daily services of the Byzantine Rite, the Divine Liturgy, and the seven Holy Mysteries, there are a number of liturgical services which are celebrated “as needed.” Many of these celebrations, which deepen and extend the life in Christ and of the Church, are collected in the Euchologion, also called the Trebnyk or “Book of Needs.”

Services of Supplication and Prayer for the Living

Of course, all Christians occasionally feel the desire for prayer, or to pray for particular needs. The liturgical books provide a number of services in which the faithful can bring their petitions to God, outside the fixed cycles of the Divine Praises and the Divine Liturgy.  In the Slavic tradition, this services is often called a moleben.

The most ancient of these services is probably the Paraklesis or Office of Supplication to the Theotokos.  In this much-loved service, based on the office of Matins, the faithful present their petitions before the Mother of God and ask for her intercession.  This service is particularly connected with the Dormition Fast (August 1-14), but can be celebrated at any time during the year.

The Paraklesis is sometimes shortened to form a Moleben to the Mother of God, and also molebens to Christ, to various saints, and for particular needs (for example, for the start of the school year, or for those suffering from alcoholism). Molebens will often include an appropriate Gospel reading, as well as hymns of praise and petition. Many molebens allow for the inclusion of an Akathist, or kontakion of praise; the most famous of these is the Akathist to the Mother of God. Akathists to Christ, his Mother, and the saints can also be used by the faithful in their personal prayer. Akathists are celebrated with the faithful standing throughout the service.

Services of Prayer and Remembrance for the Dead

Because human beings are made of body and soul, meant to be united in harmony, death is a catastrophe, even if Christ’s victory over death means it is only a temporary one. The Euchologion contains prayers for the dying, as well as the services to be celebrated for one who has died:

The Divine Liturgy is also celebrated for the departed Christian, traditionally on the 3rd, 9th, and 40th day after death, and on each yearly anniversary thereafter. This “requiem Divine Liturgy” has special hymns and readings, proclaiming Christ’s victory over sin and death. All these celebrations serve to ask God for mercy for the departed, and consolation for those left behind.

Over time, the continuous celebration of the Byzantine funeral service as an all-night vigil (with reading of the Psalms over the body of the dead) gave way to separate celebrations: the first part, called Parastas, on one or more of the evenings after the death, and the remainder of the funeral service (perhaps joined with the Divine Liturgy) on the day of burial.

The Panakhyda and Parastas are also celebrated as memorial services for the dead after their burial, often at the end of a requiem Divine Liturgy.

On major feast days, a special service of supplication called Litija is celebrated at Vespers, and food (bread, wheat, wine, and oil) is blessed and then distributed to the faithful for their sustenance during the all-night vigil. Specific blessings are also associated with particular feasts:

Some of these blessings are for the purposes of celebrating the feast itself; others, such as the blessing of fruit, extend the influence of the feast-day celebration into everyday life.

The Euchologion also contains blessings for a wide variety of objects and situations encountered by the faithful: blessings for a new home, for gardens and orchards, for bees, and even for automobiles (on July 20, the feast of the prophet Elijah, who was lifted up to heaven in a fiery chariot, 2 Kings 2:11). Through these blessings, we see that no aspect of our life needs to be separated from our life in Christ.