The First Sunday of the Great Fast

The first Sunday of Lent is called the Sunday of Orthodoxy.  It is the day we celebrate the return of icons to the churches.   Icons were venerated in the Eastern Church until the reign of Leo III (717-741 A.D.) when under the influence of two bishops from Asia Minor; he decreed that the veneration of icons was idol worship.  This decree marked the beginning of a long bloody battle against sacred images in the Eastern Church.  Icons were destroyed or burned and their defenders cast into prison, exiled and even tortured. This battle lasted, with short intervals of peace, until 842 A.D. when Empress Theodora restored the use and veneration of icons.  A synod at Constantinople was convoked which restored the veneration of holy images.  The right way to use icons was defined, saying that the icon should be honored or venerated, but not worshiped as an idol in itself.

“We define that the holy icons, whether in colour, mosaic, or some other material, should be exhibited in the holy churches of God, on the sacred vessels and liturgical vestments, on the walls, furnishings, and in houses and along the roads, namely the icons of our Lord God and Saviour Jesus Christ, that of our Lady, the Theotokos, those of the venerable angels and those of all saintly people. Whenever these representations are contemplated, they will cause those who look at them to commemorate and love their prototype. We define also that they should be kissed and that they are an object of veneration and honour, but not of real worship, which is reserved for Him Who is the subject of our faith and is proper for the divine nature.”

On the first Sunday of the Great Lent the icons were brought back to the churches in solemn procession. That day is remembered as the triumph of Orthodoxy (tradition) over the iconoclasts (those who opposed the use of sacred images). Icons are important in that they affirm the dogma of the Incarnation of our Lord and Saviour Jesus Christ—the Word of God made flesh. As this dogma is central to Christianity, the victory over the Iconoclasts came to broadly represent the victory of the true faith over all errors.

The name of this Sunday reflects the great significance which icons possess for the  Church. They are not optional devotional extras, but an integral part of our faith and devotion. They are held to be a necessary consequence of Christian faith in the incarnation of the Word of God, the Second Person of the Trinity, in Jesus Christ. They have a sacramental character, making present to the believer the person or event depicted on them. So the interior of our churches is often covered with icons painted on walls and domed roofs, and there is usually an icon screen, or iconostasis, separating the sanctuary from the nave, often with several rows of icons.  Many of our homes have an icon corner where the family prays.

Icons are venerated by burning lamps and candles in front of them, by the use of incense and by kissing. But there is a clear doctrinal distinction between the veneration paid to icons and the worship due to God. The former is not only relative; it is in fact paid to the person represented by the icon. This distinction safeguards the veneration of icons from any charge of idolatry.

The theme of the victory of the icons, by its emphasis on the incarnation, points us to the basic Christian truth that the one whose death and resurrection we celebrate at Easter was none other than the Word of God who became human in Jesus Christ.

The heart of Eastern Christianity, the inner mystery of its radiant beauty, the source of its worship and teaching is the glorification of Christ, the living God, through whom we know the Father and from whom we receive the Holy Spirit.

The veneration and the honor that is shown to an icon, an image, goes to its archetype, goes to its prototype. So if the Christian would venerate an icon of Jesus or of some saint or some martyr, the veneration and the honor that would be shown to that person that was depicted would be, obviously—or at least it should be obvious—transferred to the person himself, and in the case of Jesus, this would be to the Lord himself. 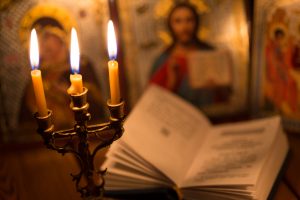 We really believe in the Incarnation, that the Son of God, who is divine with the same divinity as God the Father, really became a human being, a man just like us, without ceasing to be God.  We really believe that Jesus is fully divine and fully human in one Person. And therefore, we believe that his image can be painted, and not only painted but venerated and honored. And as true Christians, we believe that by doing that we are confessing the faith and proclaiming the Gospel of our salvation in Jesus Christ our Lord.

Icons, hymns, prayers, worship and liturgy of the Eastern Church unceasingly focus our attention, our hearts, minds, and spirits on Jesus Christ: His person, redeeming message, and divinity.  Icons are windows into that holy realm where God and the saints now dwell.  By beholding of the sacred icons, each liturgical year as events are celebrated, we see the unfolding of Our Salvation. 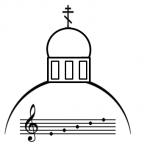 “As the prophets beheld, as the Apostles have taught,… as the Church has received… as the teachers have dogmatized,… as the Universe has agreed,… as Grace has shown forth,… as Truth has revealed,… as falsehood has been dissolved,… as Wisdom has presented,… as Christ Awarded,… thus we declare,… thus we assert,… thus we preach Christ our true God, and honor as Saints in words, in writings, in thoughts, in sacrifices, in churches, in Holy Icons; on the one hand worshiping and reverencing Christ as God and Lord; and on the other hand honoring as true servants of the same Lord of all and accordingly offering them veneration. This is the Faith of the Apostles, —this is the Faith of the Fathers, —this is the Faith of the Orthodox…”