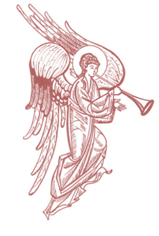 Nativity of Our Lord

Our Lord Jesus Christ, the Savior of the world, was born of the Most Holy Virgin Mary in the city of Bethlehem during the reign of the emperor Augustus (Octavian). Caesar Augustus decreed that a universal census be made throughout his Empire, which then also included Palestinian Israel. The Jews were accustomed to be counted in the city from where their family came. The Most Holy Virgin and the Righteous Joseph, since they were descended from the house and lineage of King David, had to go to Bethlehem to be counted and taxed.

The Nativity of Christ has long been counted as one of the Twelve Great Feasts. It is one of the greatest, most joyful and wondrous events in the history of the world. It ranks 2nd next to the greatest holiday, the Resurrection of Jesus. The Feast of the Birth of Jesus is also known as the “Incarnation of Christ.” This means that Jesus became a man and came into the world to save us.

The angel said to the shepherds, “Behold, I bring you good tidings of great joy, which shall be to all people. For unto you is born this day in the city of David a Savior, Who is Christ the Lord. And this shall be a sign unto you: you shall find the babe wrapped in swaddling clothes, lying in a manger. Then suddenly there was with the angel a multitude of the heavenly hosts, glorifying God and saying: Glory to God in the Highest, and on earth peace, good will toward men.” Those who heard these things were astonished at what the shepherds told them concerning the Child. And the shepherds returned, glorifying and praising God for all the things that they had heard and seen” (Luke 2:10-20).

Thus the Nativity of Christ, a most profound and extraordinary event, was accompanied by the wondrous tidings proclaimed to the shepherds and to the Magi. This is a cause of universal rejoicing for all mankind, “for the Savior is Born!”

The present Feast, commemorating the Nativity in the flesh of our Lord Jesus Christ, was established by the Church with its origin goes back to the time of the Apostles.  “Celebrate the day of the Nativity of Christ, on which unseen grace is given man by the birth of the Word of God from the Virgin Mary for the salvation of the world.”

Concurring with the witness of the Gospel, the Fathers of the Church, in their God-inspired writings, describe the Feast of the Nativity of Christ as most profound, and joyous, serving as the basis and foundation for all the other Feasts.

Themes of the Feast of the Nativity

The first theme we celebrate is the incredible truth that God is with us.  During the Royal Hours we sing repeatedly “God is with us, understand all you nations and be humbled for God is with us.”  God’s promise to His people, to us, that God would remain with us forever, that He would be our God and we would be His people is fulfilled.  The fears and the darkness we face in this world are overcome by God’s presence in our lives.

images courtesy of the Church of England

The second theme we celebrate is the Incarnation of God.  God loves us so much; He took on human flesh.  That love of God for us is not without a price.  God shows us how to sacrifice.  St. Paul in his letter to the Philippians wrote: Christ was truly God.  But he did not try to remain equal with God.  He gave up everything and became a slave, when he became like one of us (Philippians 2:6-7).

Finally, we celebrate the Heavenly Joy.  God’s plan of salvation is coming to fulfillment.  The birth of Jesus Christ, fully human and fully divine, reveals God’s plan for us.  With the Angels, we rejoice at the love of God for humanity and we pray in gratitude that God sends His Light into our world.

What’s in a Christmas Tree? 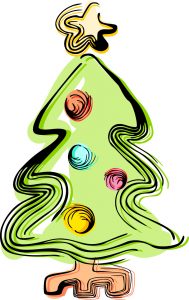 The perfect tree: Every Christmas season begins with a search for it. Why? Because a fragrant tree trimmed with lights, ornaments and shiny garlands is the focal point of so many holiday celebrations. The Christmas tree is a traditional decoration adapted from pagan tradition, taking such a place of significance during the holiday season that most of us spend precious time and effort creatively decorating at least one.  How often during the years, in countless homes throughout the world, have friends and families come together, gathering in unity around a lighted tree and finding a moment of peace and goodwill!

In 2004, Pope John Paul called the Christmas tree a symbol of Christ. “The Christmas tree is an ancient custom that exalts the value of life, because the evergreen tree remains unchanged through the harshness of winter. When gifts are arranged under the tree,” the Pope continued, “it becomes a symbol of the tree of life, a figure of Christ, God’s greatest gift to all men.”

The Holy Father made a point of saying that the gifts exchanged at Christmas should not be purely material and commercial. The “tree of life,” he said, points the way toward an exchange of spiritual goods: of brotherhood and love.

The Christmas tree can be the symbol of the peace that Jesus brought; peace that was re-established between God and human beings. Because it is evergreen, it is the symbol of that immortality which Jesus said he possessed and would bring to us: “I am the life; those who believe in me even if they die will live”. The tree lit by little lights is the symbol of the light that Jesus brought to the world with his birth: “He was the light that shines in the darkness… and enlightens every man…” And finally, the fir tree, with its tip pointing to heaven, indicates God’s presence to us and the place where we are all awaited.

All this endows the Christmas tree, in harmony with the crib, with the religious and Christian significance of salvation that the Son of God brought to the whole world by His humble birth.

God’s plan, from the beginning, was to save us. That is why we say that Jesus ‘was born to die.’ When God emptied Himself and took flesh (Philippians 2:7-9), He was on a mission. Christ came to do for us what we could not do for ourselves. Because of Jesus’ birth and then His death, history and the future were both irreversibly changed forever.

Contemplate these things in your heart as we enter into the Christmas season. In Jesus’ birth we celebrate His life, which resulted in His death, which offered us all new life . . . in Him.  How’s that for a Christmas gift?

Christ is Born!  Let us Glorify Him!